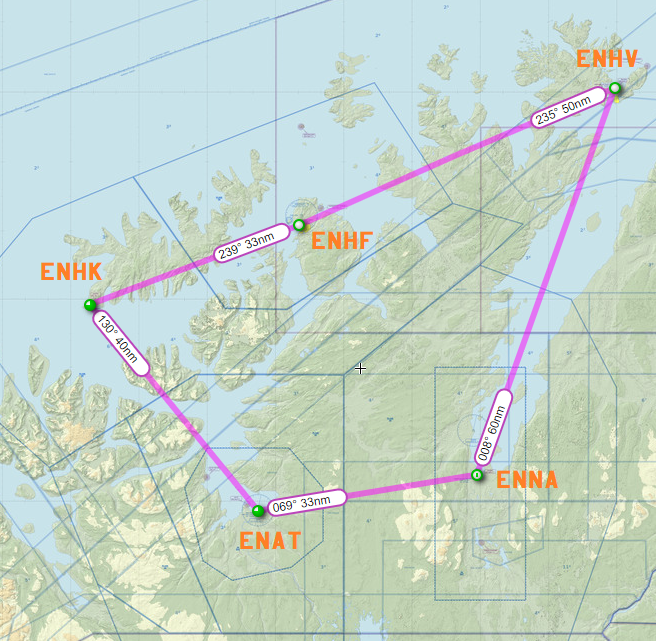 This event served as a prototype of a new mechanism: The HUNTER.
HUNTER is a amazing python driven asset manager made by HB-VANO. It simulates our regular assets but instead of putting up 1 asset per client, it can put up 30+ assets.
In the event in stage 1, HB-VANO had programmed it to spawn 50 OPFOR assets; various depots, moving helicopters, sailing frigates, trucks, inactive SAMs and inactive GCI radar stations.

We had varied feedback from the event: from "it was messy", "we could not find our targets", "overwhelming" to "awesome" and "more realistic with that many assets".

Some technical issues plagued especially the start of the event; HUNTER did not register hits and had to be respawned. F-16 HUD froze, and a fix had to be applied. And in general pilots had trouble managing that amount of targets with their radar/rwr. Also none of the GCI worked, I suspect it was due to having 10 GCI spawned.

Inbetween HUNTERs assets, there were placed some active SAMs and missile-frigates. Also especially at start of event, a bunch of Automats was flying as Mig-29. However soon after event start HB-VANO and Kokos who were both flying for OPFOR proved so capable of holding the enemy at bay that Automats were not really needed. Automats except from start were playing only a minor role (despite having used 4 hours making routes for them).

We had to change the event story along the event in comparison to what was planned especially in regards to stage 2, which was quickly abandoned in favor of ending with an airbattle.

I personally enjoyed the event. It lasted 5½ hours.
And thanks to HB-VANO and Kokos for good company.

HB-VANO 1y ago
Thanks for letting me be part of it. I used quite lot of time setting routes up, which in the future I hope to replace by OSM logic. Sorry for the inconveniences with Hunter - late changes were useless and buggy.

I will put the assets in the Black Ribbon config (minus a lot of trucks) up in the coming days/weeks - just ping me after 18z or during weekends.

Red are helicopter routes, green are ship routes and lila are places with static stuff like shelters, (passive) SAMs etc.
1 Like
Page 1
There are no upcoming raids
kareem127: *waves back to wave*
VooDoo3: *waves back*
fb237: 👋
Wolf: The pilot's manual for the Mirage is out, dm me on Discord if you want it: Rattlesnake#8498
Marsdolphin: VPN broke, possibly a error happened there, I can get onto discord as soon as I fix it (I think)
Marsdolphin: I'm having some discord issues - seems like the Chinese government blocked it
J Maverick 16: Please look up the Virtual Tiger Meet info on the "Events" section.
VooDoo3: (just lemme know,where will the briefing be posted ??)
J Maverick 16: Am I the only one with Discord issues this morning?
Marsdolphin: Where?
J Maverick 16: Sign up for squadrons on the dedicated thread!
VooDoo3: Much traffic today
Marsdolphin: Added a new event
Leto: Discord: Investigating - We are currently investigating an issue where a number of Discord servers are completely unavailable. Mar 16, 14:24 PDT
Swamp: I guess discord is down
Leto: Its on the left side of this page
Nemesis11: guys whats the dicord link
Wolf: Sky Knights training starting!
Wolf: Event about to start!
J Maverick 16: Make sure you subscribe in time for the event in order to be drafted on a team!
You do not have permission to shout